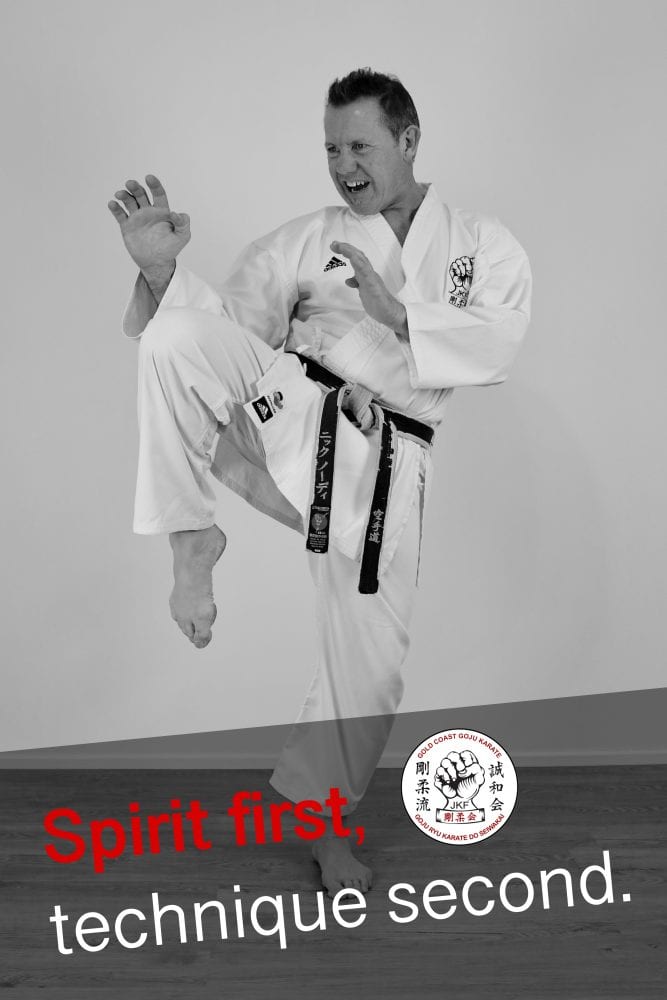 One on One Coaching suitable for all ages from 6 years plus !

After 13 years of training Sensei Nick achieved his 3rd Dan Black Belt in GKR Karate 2014 and is a title holder in World, National and Australasian Tournaments and was top 2 finalist in 3 consecutive World Cups in Kata. 2009 Gold Medal, 2011 Silver Medal, 2013 Silver Medal. ​ In 2014 he was a Kata finalist in the All Japan JKF Gojukai Championships held at Sendai in Japan and one of only 2 Westerners to make it ! In 2017 Nick achieved Sandan 3rd Dan in Gojuryu Karate Do Seiwakai in Omagari Japan after a gruelling 6 day Gasshuku in extremely humid conditions! In2017 Nick achieved Nidan 2nd Dan in Japan Karate Federation Gojukai in Sydney in front of the Japanese Masters with perfect scores for Kata! In 2018 Nick again did extremely well and earned 5th place in the Kata Finals at the All Japan JKF Gojukai Championships in Akita Japan after having trained with Seiwakai Chief Instructor Seichi Fujiwara Hanshi 8th Dan at the 6 day Gasshuku in Omagari! Nick has been trained and graded by JKF Gojukai Japanese Masters including Fujiwara (Hanshi 8th dan) and Takahashi (Shihan 8th dan) and Sato (Hanshi 8th Dan) and trained locally by Gojuryu Seiwakai Australia Senior instructors including G.Stephenson 7th Dan, R. Martin 6th Dan , S.Karetsian 6th Dan, J. Duggan 6th Dan, and C.Mckenna 5th Dan. Nick is a Security professional with an International Organisation in the field of CIT as an Armoured Vehicle Operator and has an understanding of codes of conduct and laws pertaining to the Use of Force Continuum and undergoes regular live weapons training.